The services provided by AWFVA are best summarized by the following subtitles and tabs on this page:

Shelter & Sanctuary. AWFVA is located on 25 acres of land in Orange County, Virginia, donated by the Mallard family. It is the site of an animal shelter and rehabilitation center that will be constructed to provide housing, feeding, medical care and behavioral rehabilitation to rescued dogs and cats.

Rescue. AWFVA devotes itself to the rescue of dogs and cats in the Mid-Atlantic Region that are found to be abused, abandoned, seized by the government and courts, rescued from natural disasters, or scheduled to be euthanized at government animal control centers.

Care & Rehabilitation. An estimated average population of 200 dogs and cats will be housed and fed at AWFVA. In addition, many rescued animals will require rehabilitation due to their many months or years of abusive treatment and lack of care by their owners.

Adoption / Looking For A Home. Qualified applicants who wish to adopt dogs or cats from AWFVA will be allowed to view adoptable animals on the AWFVA website and visit with the animals at the shelter facility in Orange County, VA.

Education. AWFVA’s efforts to rescue, rehabilitate, and adopt animals will ultimately lose its fight to rid communities of abused, mistreated, injured, and abandoned dogs and cats if we do not commit ourselves to educating the public to recognize and reject abuse of animals. The worthy goals of rescue and adoption must be equally matched by participating in strong education programs.

AWFVA is located on 25 acres of wooded land on Route 672 in Orange Couny, Virginia. The land was donated to AWF by the Mallard family to serve the space needs of constructing a full service animal rescue shelter and care facility. It serves also as a sanctuary for those animals which require extended stays. The facility is in design and constructing planning as of September 2014 and updates will be provided on a regular basis on the AWF website (www.awfva.org). 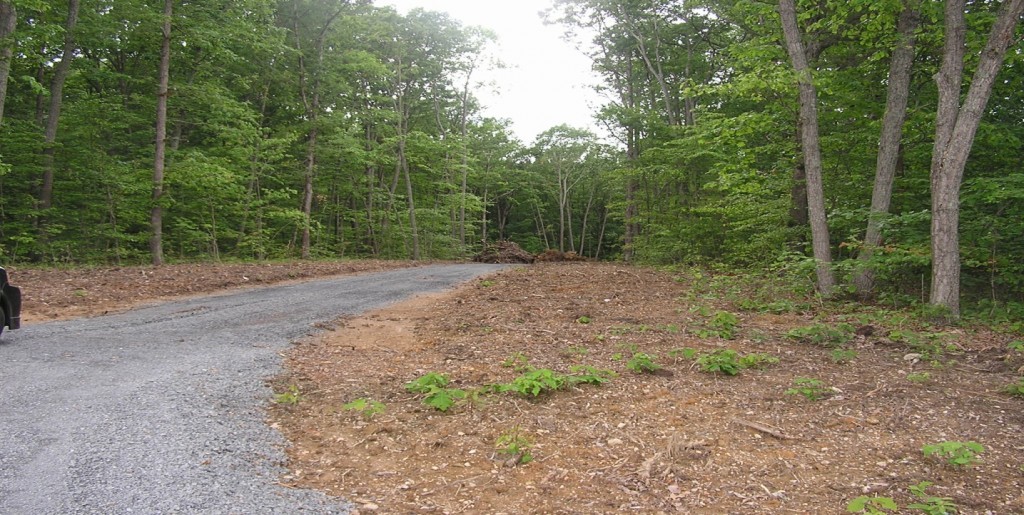 The AWF facility will consist of a dedicated road that provides access from Route 672, a fenced area surrounding the shelter and connected service areas, a reception area capable of introductions of prospective adoption families with shelter animals, animal housing areas, outdoor animal runs, a medical suite that serves the needs of veterinarians and surgeons as well as providing for routine medical exams and treatments, a training room for staff, trainers and public attendees, grooming space, storage rooms, and administrative office space. 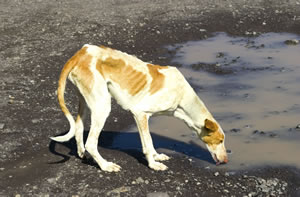 AWFVA is constantly involved in rescuing animals from many different situations. Often, we respond to reports of natural disasters to rescue dogs and cats that have been lost or abandoned by their owners. More often, we respond to notices from government operated animal shelters that they are holding dogs and cats which are scheduled to be euthanized if they are not adopted in several days. On other occasions, we respond to animal cruelty complaints and investigations which result in persons charged with criminal neglect violations and who must surrender their animals to local authorities. Since local authorities seldom have the facilities to provide proper care for surrendered animals, AWF offers its facilities to care for some or all of those surrendered pets until a final disposition of the abuse or neglect charges can be rendered. In many other cases, dogs and cats are surrendered to AWF by owners who can no longer provide care for their pets due to loss of income, moving to housing that doesn’t permit pets, death of a relative who owns a pet, and many other similar reasons. Abandoned dogs and cats are also turned in to AWF by persons who find strays in need to care. 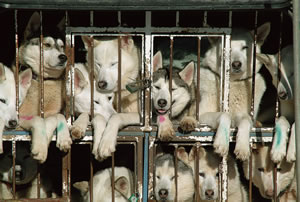 Rescuing animals is often a labor intensive effort that requires trained staff and volunteers. Upon receiving notice that a rescue effort is needed, AWF staff determine the resources that may be needed to handle the rescue operation. If known in advance, coordination is conducted with a veterinarian to provide medical advice in preparation for the rescue and examination upon return from the rescue. In most cases, the rescued animals have been assessed by a local rescue group and AWF is aware of any special needs and prepared to handle them. Routine rescues—such as abandoned animals or animals in government shelters scheduled for euthanasia—require assistance from volunteers who donate their time and vehicles to drive to the site of the animal to be rescued and return the animal to AWF. 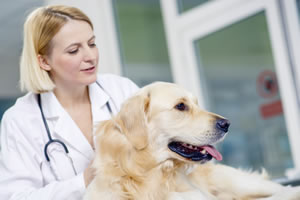 Rescued and abandoned dogs and cats are examined by a veterinarian upon arrival at AWF and immediately undergo treatment, if needed, for injuries and illnesses. Each animal is provided quality living space and provided regularly scheduled high quality food as recommended by veterinarian advisors. Behavioral training is conducted, as necessary, to prepare each animal to meet good adoptability standards and to insure their acceptance into the animal community at AWF. Animal community “play time” is scheduled twice daily, under human supervision, to provide the animals with exercise and companionship opportunities. Additionally, those animals which require greater-than-average exercise are housed in kennels with attached outdoor runs which permit them to exercise frequently.

Rehabilitation may involve behavioral rehab or physical rehab, or both. Each rescued animal is assessed initially when arriving at AWF to determine the need for rehabilitation. Medical treatments are determined by a veterinarian and behavioral training is determined by a trained specialist. Dogs and cats which are deemed to be ready for adoption or foster care are placed on the AWF website, along with photos and all essential information about the condition and personality of the animal. 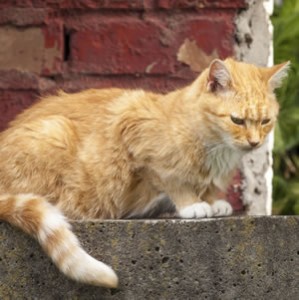 An important goal of AWFVA is to prepare dogs and cats for adoption by the public. Since we do not euthanize any of our rescued animals, the best measure of our animal rescue success is the adoption rate that we achieve. Room is limited for rescued animals. When we reach our capacity to provide quality care for rescues, the only means to succeed at our primary goal of rescue is to operate a highly effective and successful adoption program. Our adoption program is supplemented by our Fostering Program by which we identify volunteers who wish to provide for the care of animals at the expense of AWFVA.

When a dog or cat is brought to AWF for rescue and ultimately adoption, the animal undergoes an examination by a trained specialist in animal behavior. If there are any signs of medical issues, the animal also is examined by a veterinarian. A report card is assigned each rescued animal which identifies the behavioral and medical issues which must be addressed by AWF staff. Updates are scheduled regularly to insure a record of the current status, both behavioral and medical, of each animal. A senior staff member who is extensively trained in animal behavior makes the decision when each animal is ready for adoption. At that time, the animal is photographed for the Adoption List and a current report on the animal’s age, sex, history (if known), 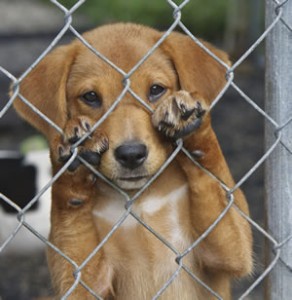 Prospective adoption owners are welcomed to visit AWFVA to interact with the animals. Additionally, animals are frequently shown to the public at adoption events at well-known pet stores or other pet establishments. After a prospective adoption owner makes a selection, an application form must be completed and a home visit conducted by an AWF staff member. Prior to adoption, each animal must be neutered and given all necessary vaccines The fees for adoption are subject to change, but are generally designed to cover only the costs of shots, neutering and any other special needs that were incurred. AWF is a non-profit organization and does not attempt to make a profit on adoptions.

A major goal of AWFVA is to educate the public on the acute problem of inhumane treatment of dogs and cats and the availability for adoption of an estimated 10,000 dogs and cats which are euthanized each day in the United States. This extreme euthanasia number has not improved despite the efforts of an estimated five thousand rescue organizations in the U.S. and the educational efforts of the national animal welfare groups such as the Humane Society of the United States, People for the Ethical Treatment of Animals and the American Society for the Prevention of Cruelty to Animals. Humane treatment of animals can only be achieved by educating the public about the abysmal quality of life of many animals. Without a clear understanding of the scope of inhumane treatment of animals, the public will not have the information or commitment with which to take action to correct those problems. Ultimately, the public must be sufficiently informed on animal welfare issues to apply pressure on legislators to enact laws to punish abusive and cruel behavior and neglect by animal owners.

Simultaneously, pet owners need constant educational opportunities—provided in an easy format and readily available without travel and expense—to better care for their pets and to make wise decisions about the acquisition of pets. AWFVA provides information about health issues, illness symptoms, laws governing animal treatment and handling, the critical importance of neutering, and a host of other issues affecting the quality of life of dogs and cats. 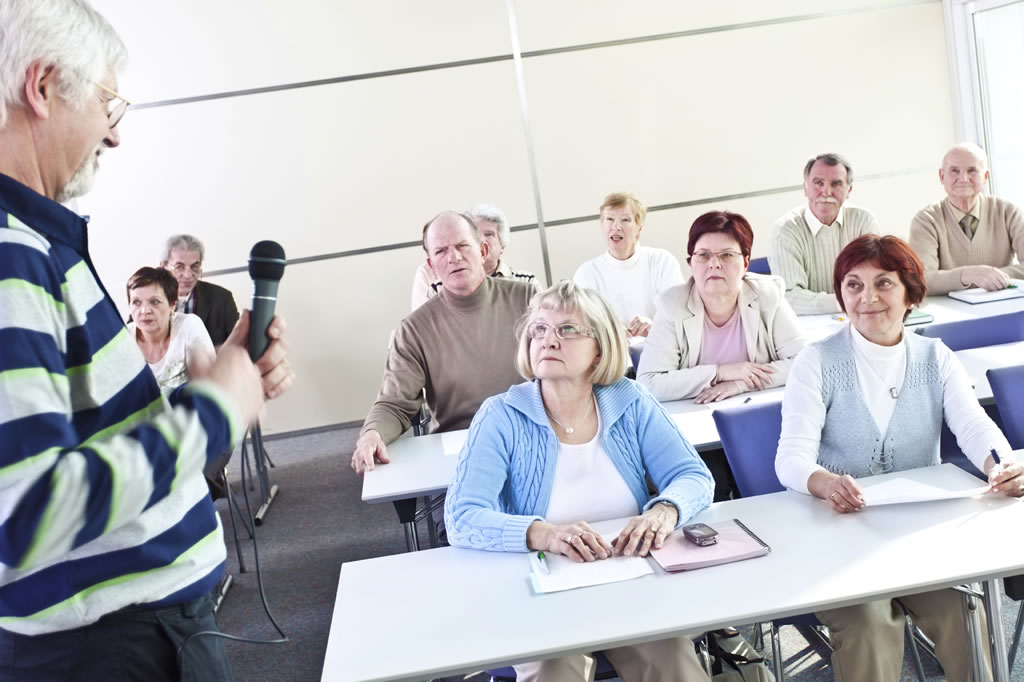